The Holidays are Here!

The holiday season is finally here. At the Obi house, we kicked Thanksgiving off with four out of five kiddos home with their families. 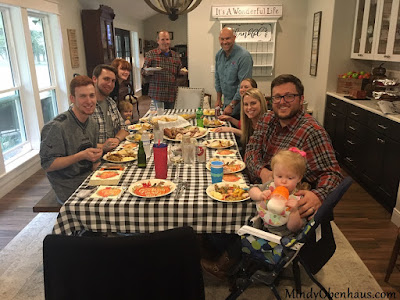 We had SO much food. And yes, those are paper plates. They make cleanup so much easier.

This was the first time since last Christmas I got to see our two youngest grandchildren together. 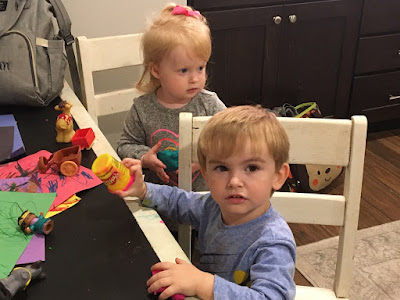 And these two little mischief makers... 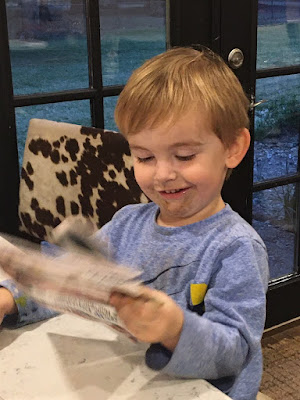 Had quite a time. 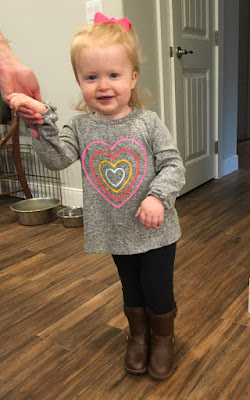 Going so far as to commandeer their uncles' laser tag game. 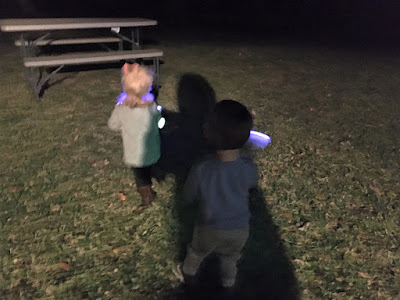 It's always a treat when our kids bring us flowers. But these apple roses my youngest son made were an even bigger hit. Aren't they pretty? 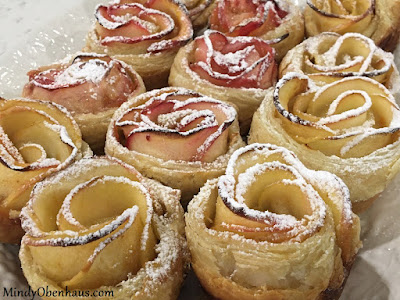 Then Friday rolled around and everyone went home, leaving Grammy with a big box of tissues. Not because they were gone, but because she woke up with a cold. Fortunately, there was plenty of leftover turkey to make some turkey noodle soup. 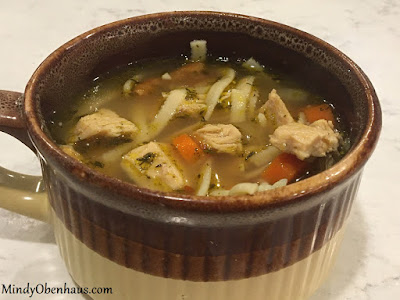 Actually, it was a turkey and chicken noodle soup since I had some leftover chicken breast in the refrigerator, too. I used my favorite recipe (you can find that here), except instead of starting with raw chicken/turkey, I simply chopped up the cooked meat and added it to the sauted onions and garlic, then continued with the rest of the recipe as usual. It was exactly what I needed to clear out my sinuses and set myself on the path to feeling better. Because it's time to get ready for Christmas!

So how was your Thanksgiving? And what are you up to now? 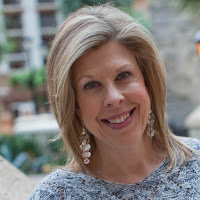 Three time Carol Award finalist Mindy Obenhaus lives on a ranch in Texas with her husband, the youngest of her five children and two dogs. She passionate about touching readers with Biblical truths in an entertaining, and sometimes adventurous, manner. When she's not writing, she enjoys cooking and spending time with her grandchildren. Learn more a mindyobenhaus.com.