I think I already said this in a previous post: I love my Instant Pot electric pressure cooker! One of my new favorites is to make steel cut oats for breakfast. I really enjoyed this particular recipe.

I discovered this on Pinterest. Click here to find the original recipe on a site called Flavorrd: Mastering the Art of Feeding Ourselves.

I won't list the full recipe but will describe how I made it. 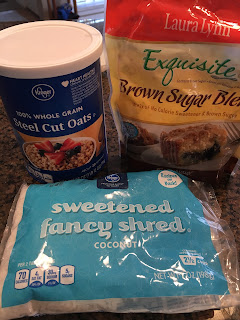 One of the nice things about an Instant Pot is that you can sauté things. So I toasted the coconut and the oats in the pot before adding the liquid ingredients and pressure cooking. Oh! I almost forgot. I also decided to toast some chopped pecans along with the coconut and oats.

I used almond milk because I didn't have any coconut milk (which would have made it even better!). 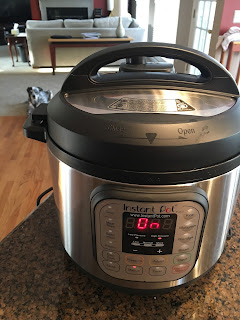 Once the sautéing is done and you add the other ingredients, it's time to set the pot manually. I only cooked for 2 minutes on high pressure. Then I allowed about 10 minutes for a natural cool down and depressurization. With anything milky or starchy you can't release the steam too soon or you'll have foam shooting out (don't ask me how I found this out!). :)

Here's a zoom in of the mystery photo bomber behind the cooker in the previous photo! :) 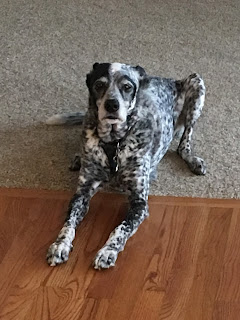 Now, after waiting for the pot to cool, I was able to open it and we have fully cooked oatmeal (yet it still has a little bite to it so it's not mushy)! 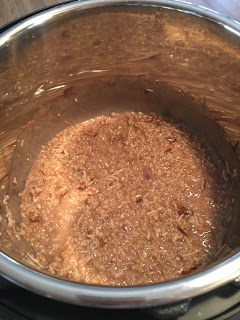 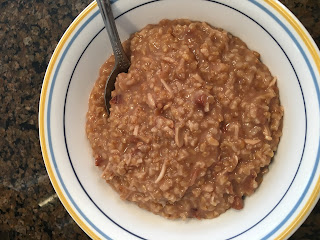