The Black Hills Stock Show ended yesterday, so we don't have as many cowboys in town as we did last week. Which is sad.

Because face it, how often do you get to have a photo op with a bunch of rodeo cowboys?

A friend of ours had his picture taken with the rodeo queens this year. Much to his wife's dismay!

But all week long we've been livin' cowboy culture and sheep ranchin' and horses.

On Thursday I went to the sheep activities over at the Central State Fairgrounds.

There was the National Sheep Shearing contest - 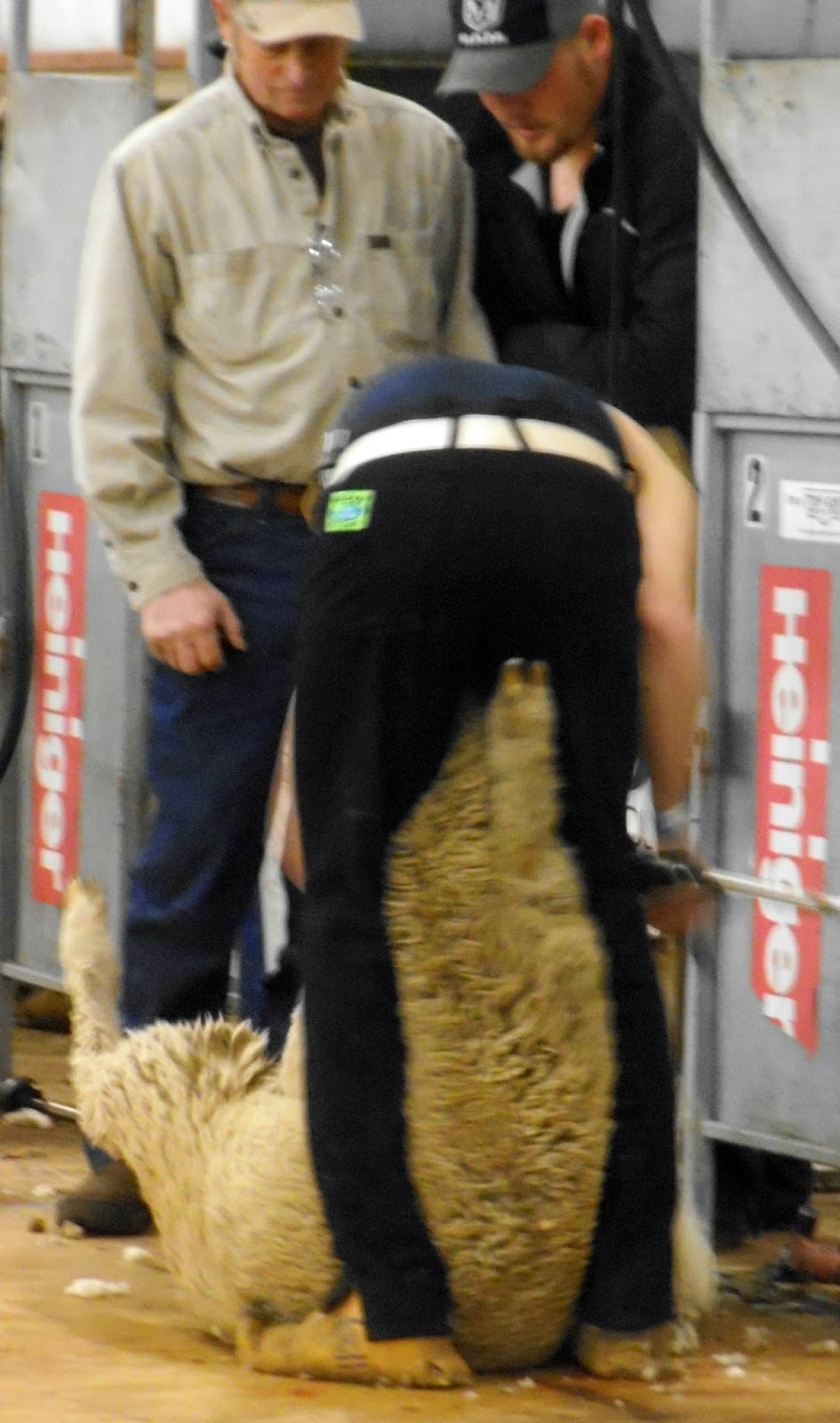 - where I learned tons about shearing sheep. Once those woolies are on their backs, they relax and let the shearer do his work. The top guys can shear a sheep in about a minute. That's a lot of wool in one minute!

I also got to watch the preliminaries of the North American Sheep Dog Trials. It's thrilling to watch those dogs work. 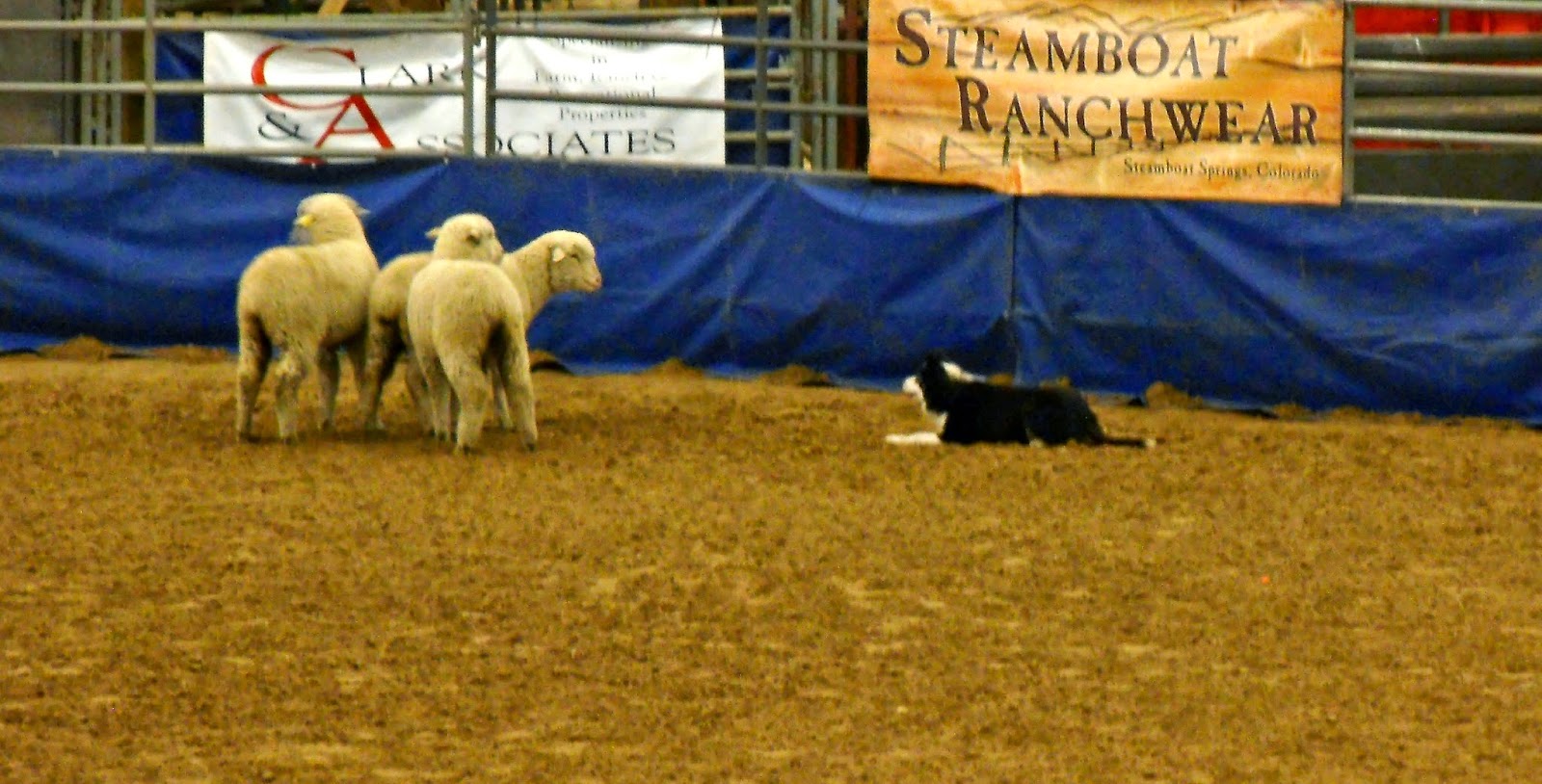 I also learned to weave on a rigid heddle loom, card wool and spin. The Black Hills Crafters spent the entire day demonstrating the "sheep to yarn" process.

On Saturday we had made plans to head over to the stock show again to watch the afternoon PRCA rodeo, but our youngest son was coming home for the weekend. I wanted to fix a special dinner for him, so I decided to use my trusty slow cooker and a classic western dish.

This recipe is from a Montana ranch in the 1890's, where the lady of the house fixed it for family and guests. This is no Yankee Pot Roast!

A medium-sized lump of lard
3-4 pound beef roast (chuck, round, or whatever you have)
2 handfuls of flour
salt and pepper to taste
2 cups beef broth or water
1 medium onion, sliced
1-2 cloves garlic, chopped
1 bay leaf
1/4 - 1/2 teaspoon chili powder
6-8 potatoes - enough for all being served


Heat the lard - a lump about the size of a small hen's egg - in a skillet over medium-high heat. 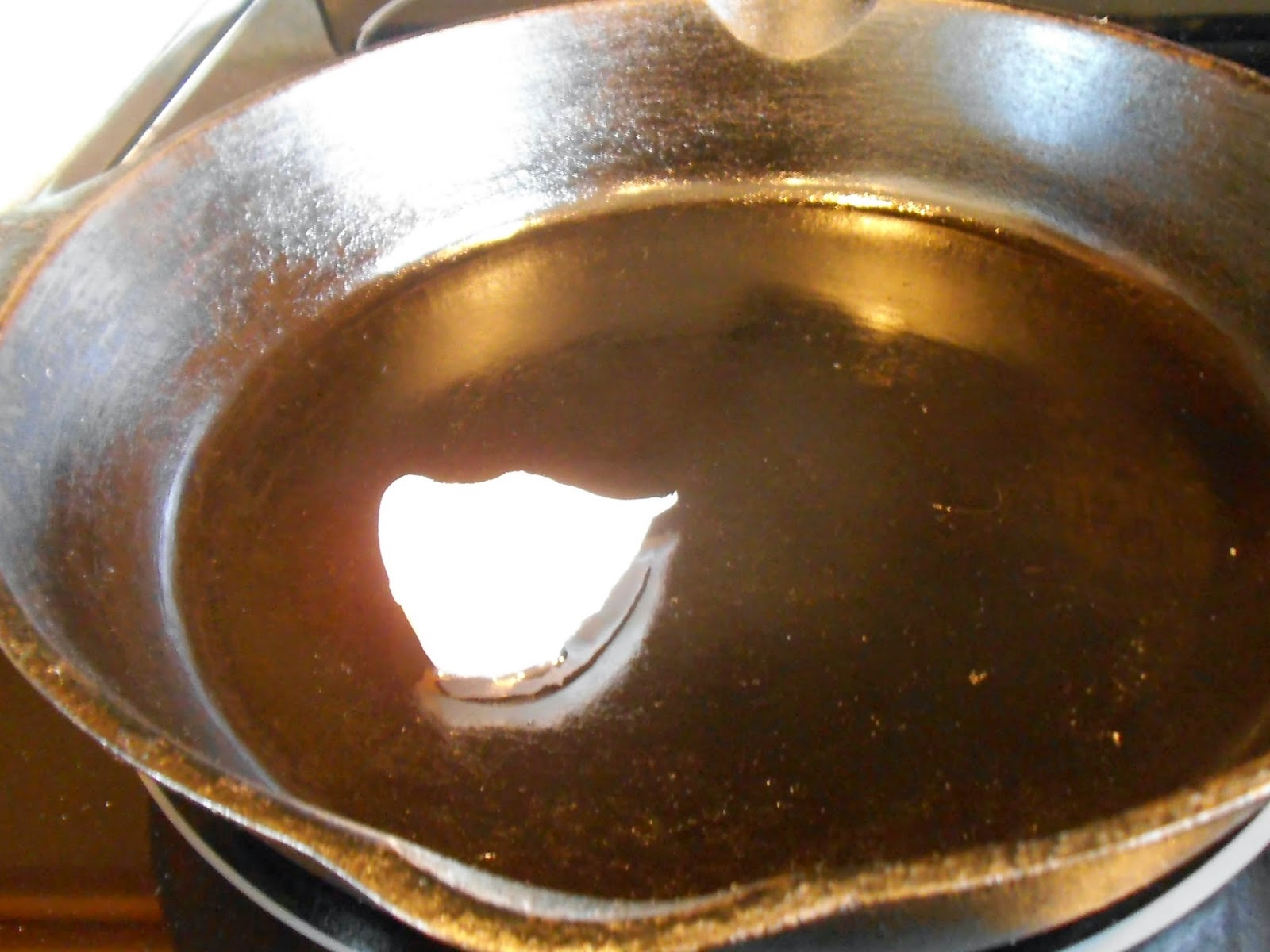 Season the flour with salt and pepper, and spread out on a plate. Dredge the beef in the flour. Brown the roast in the hot fat. Move the browned beef to your slow cooker. 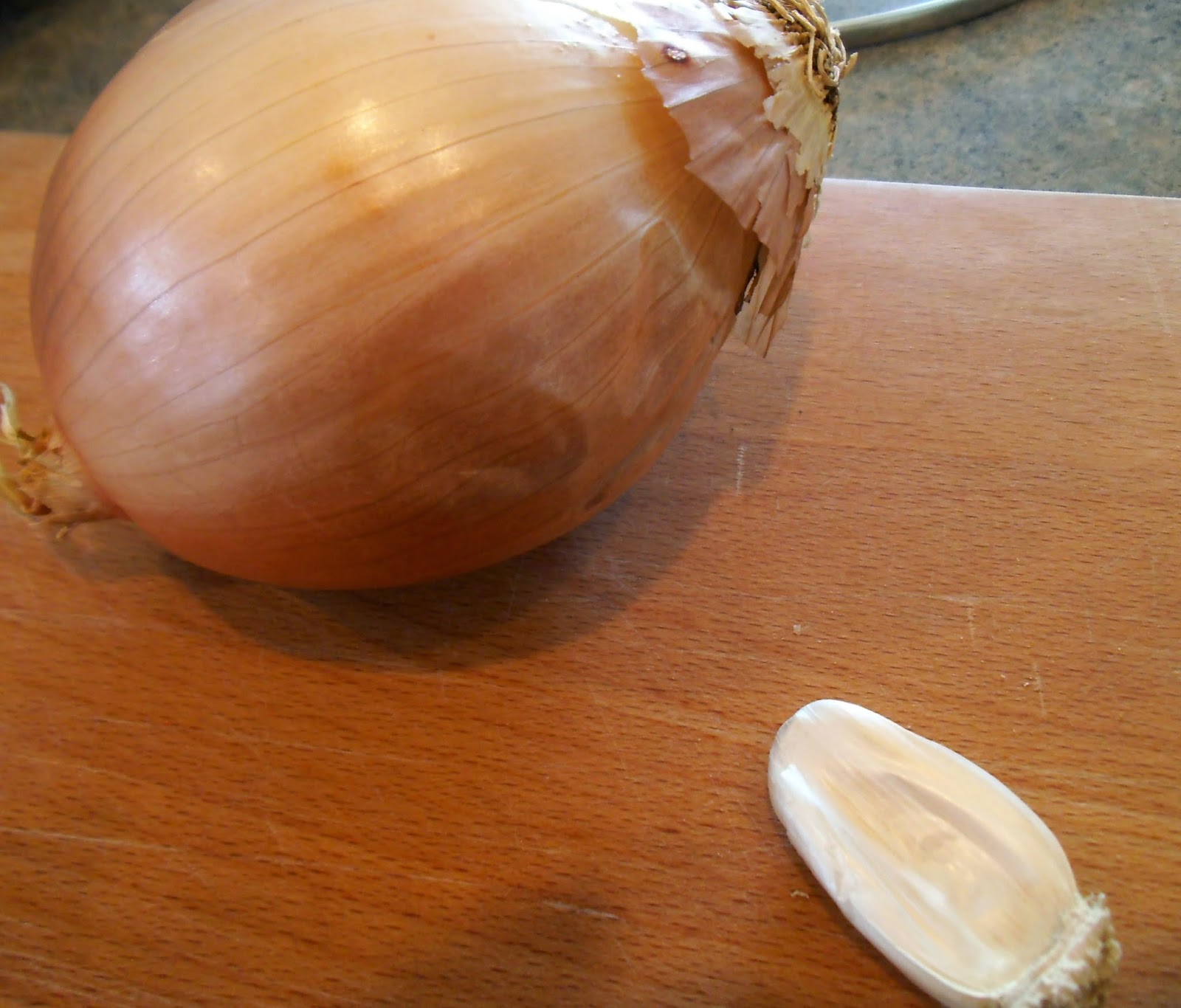 Now add your broth (or water), onion, garlic, bay leaf and chili powder. Simmer until the onion is softened. 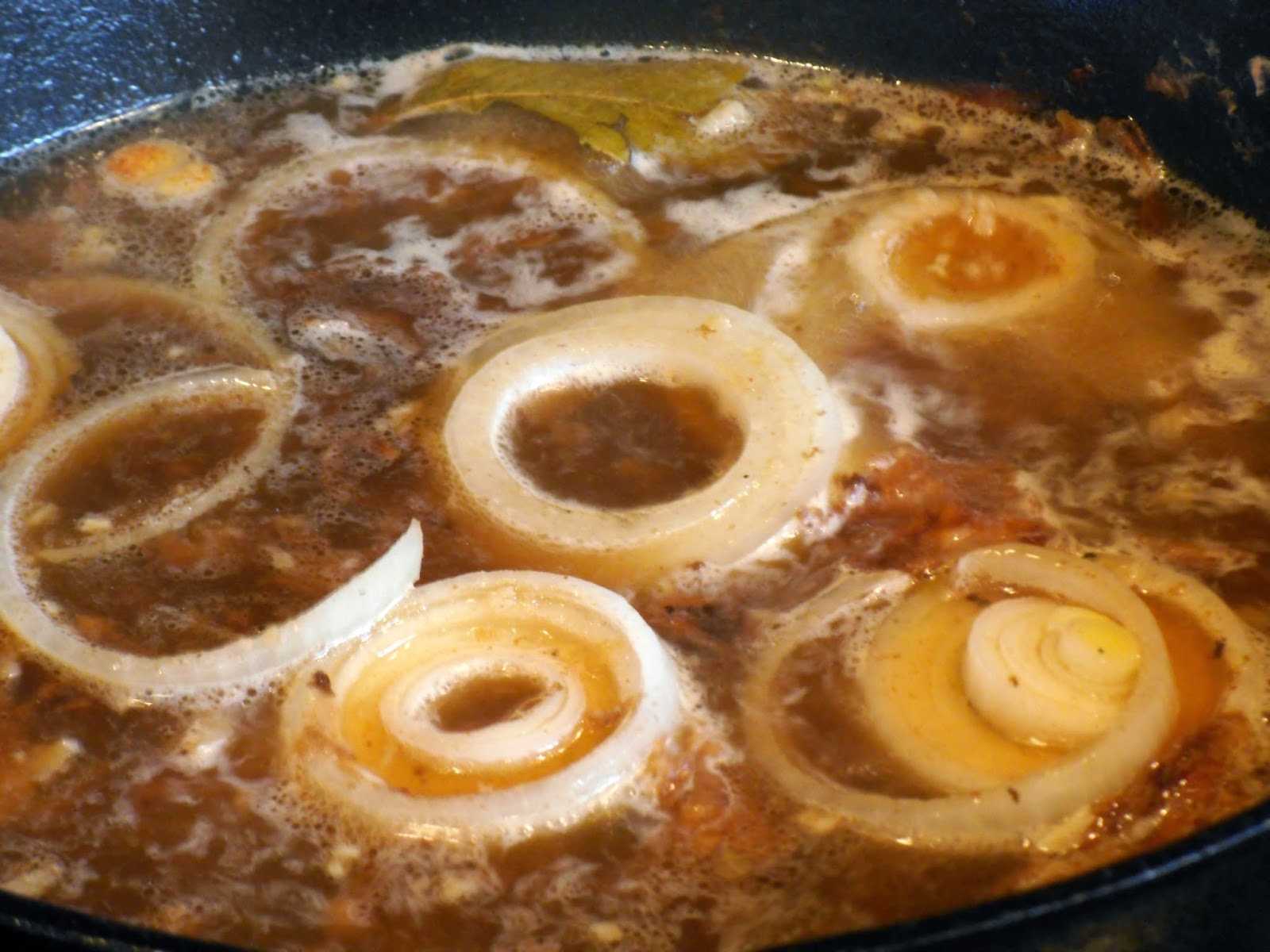 Pour this over the roast.

Scrub or peel your potatoes, cut them in half, and arrange them on top of the roast. 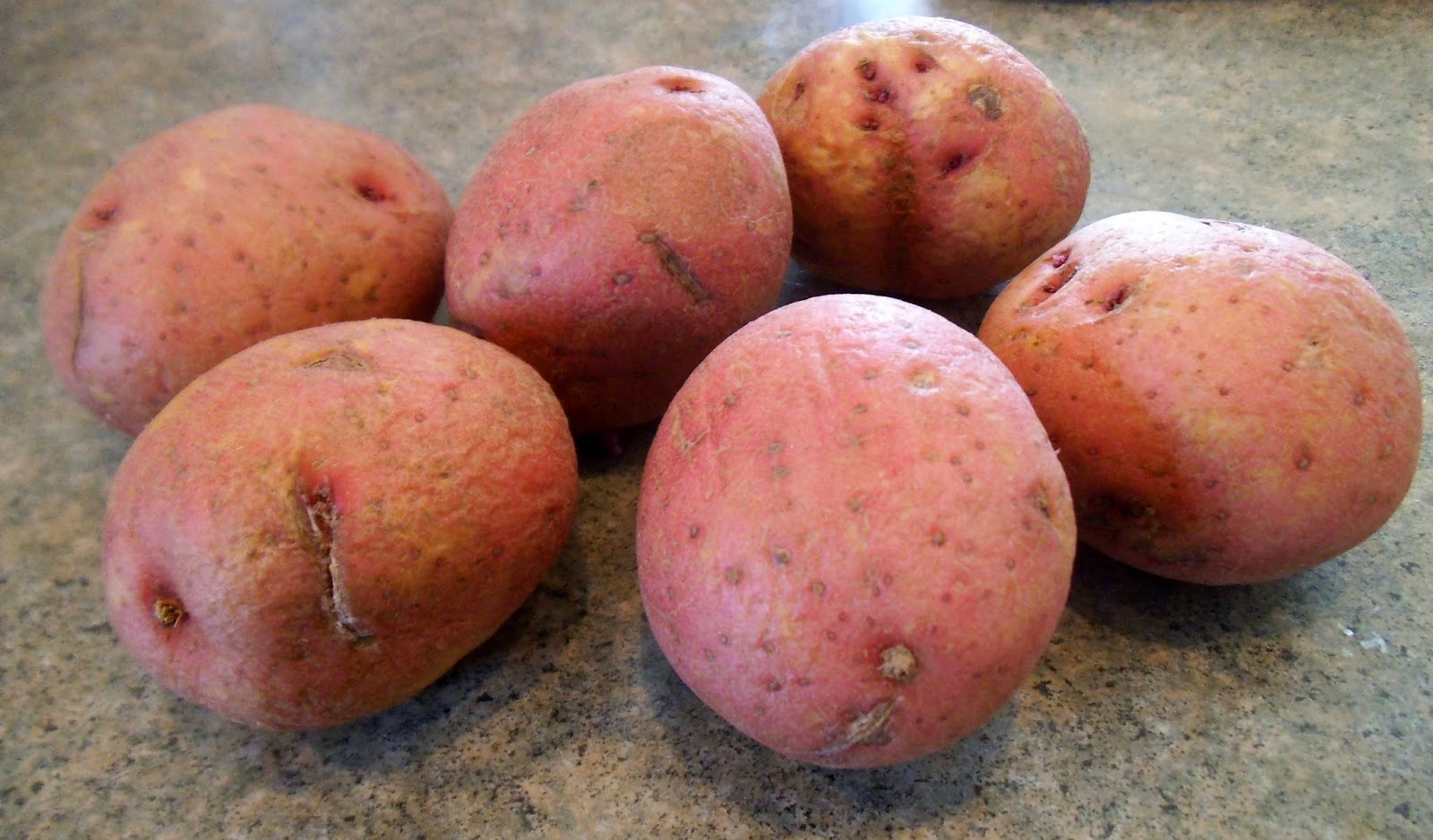 Now it's time to go to the stock show and rodeo!

If you're looking for a western stock show, here's a hint. Follow the nearest cowboy.

Before the rodeo, we wandered over to the show ring where they were judging the Simmental bulls. 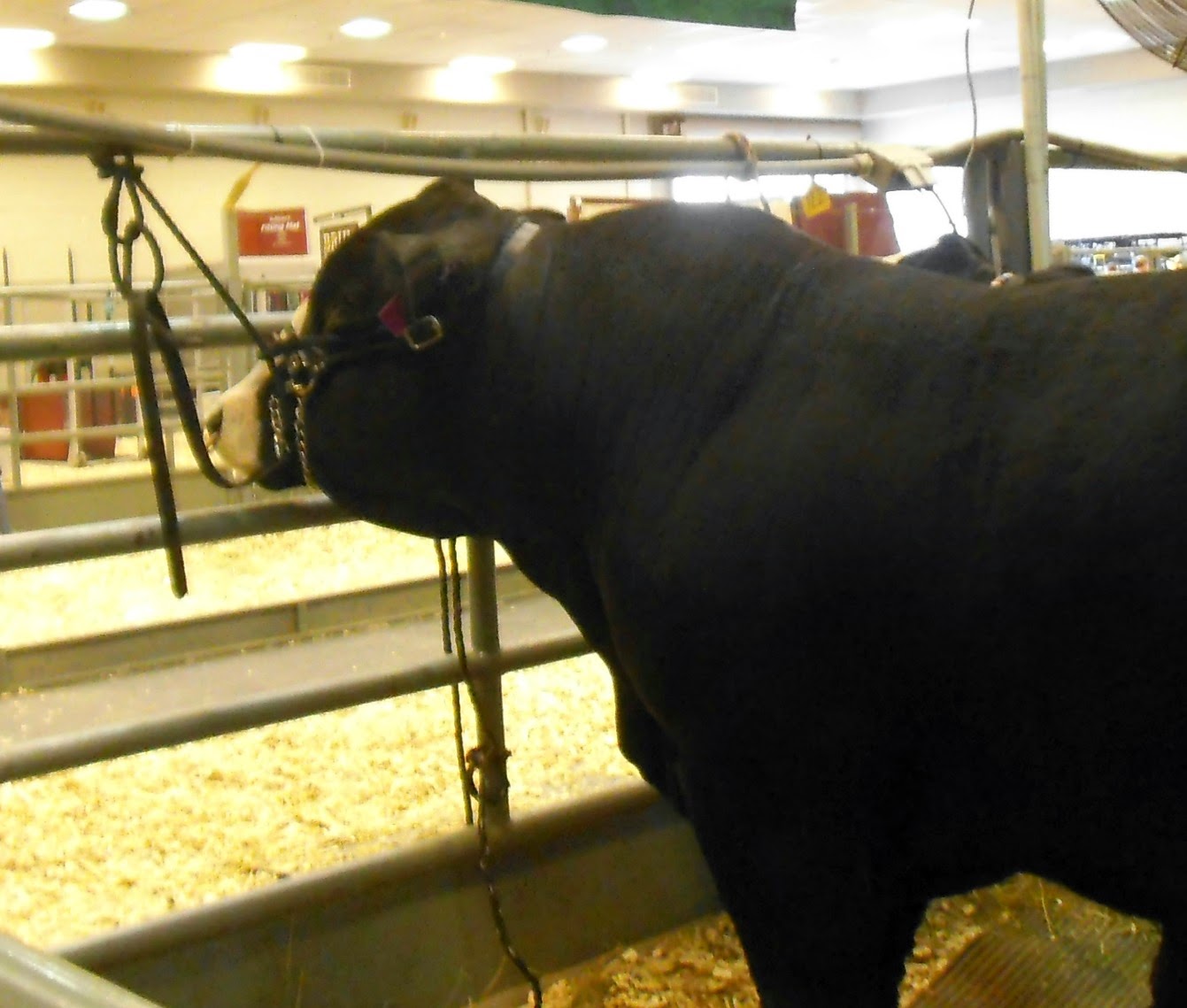 This big guy can father a lot of calves by UPS!

I also fulfilled a long-time dream (close to 50 years!) by buying my first (and probably only) pair of cowboy boots. 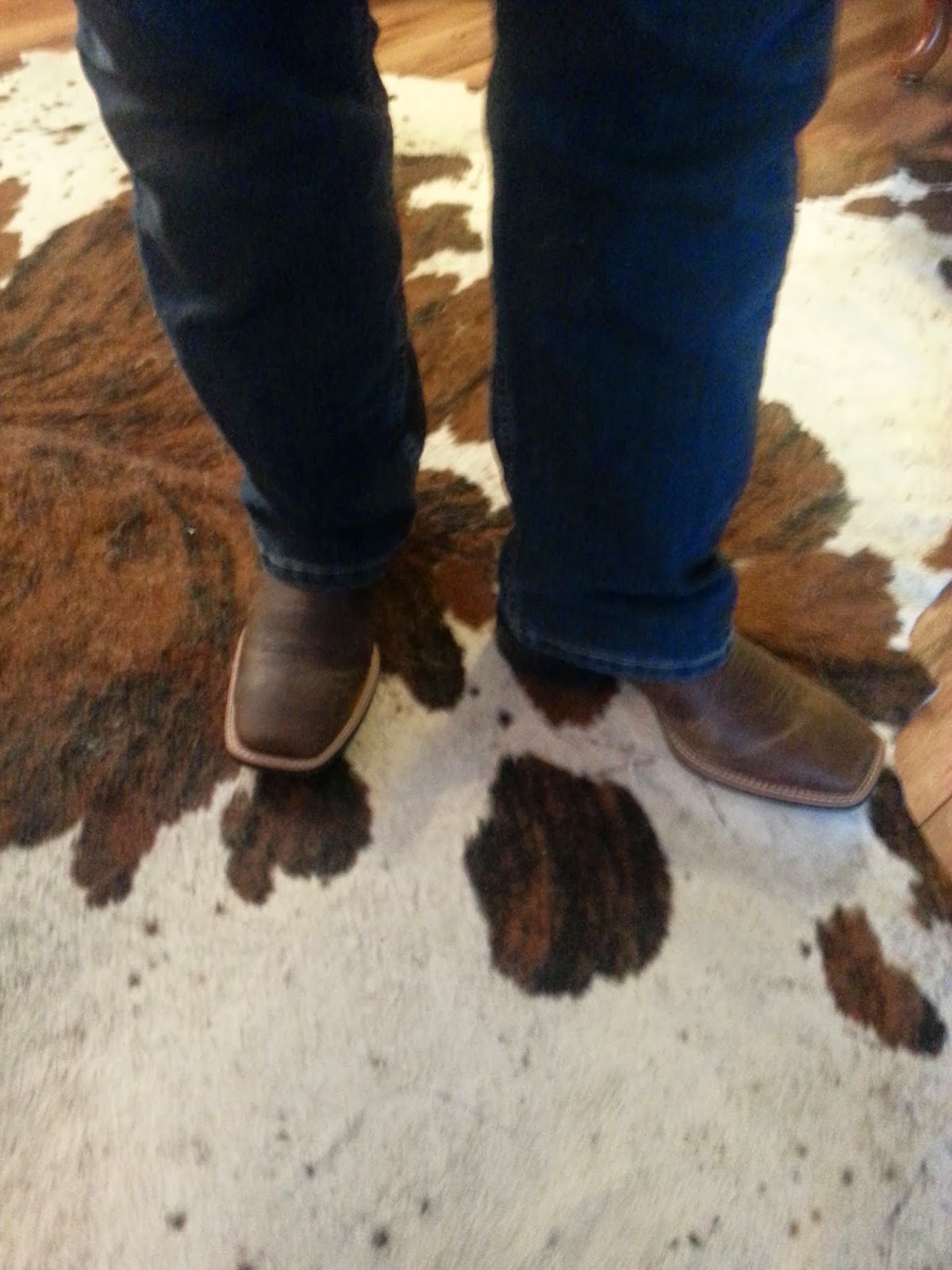 I love these boots :)

The rodeo was great, we got to hear our friend's five year old grandson sing the National Anthem, and we got home in time for supper with the family... 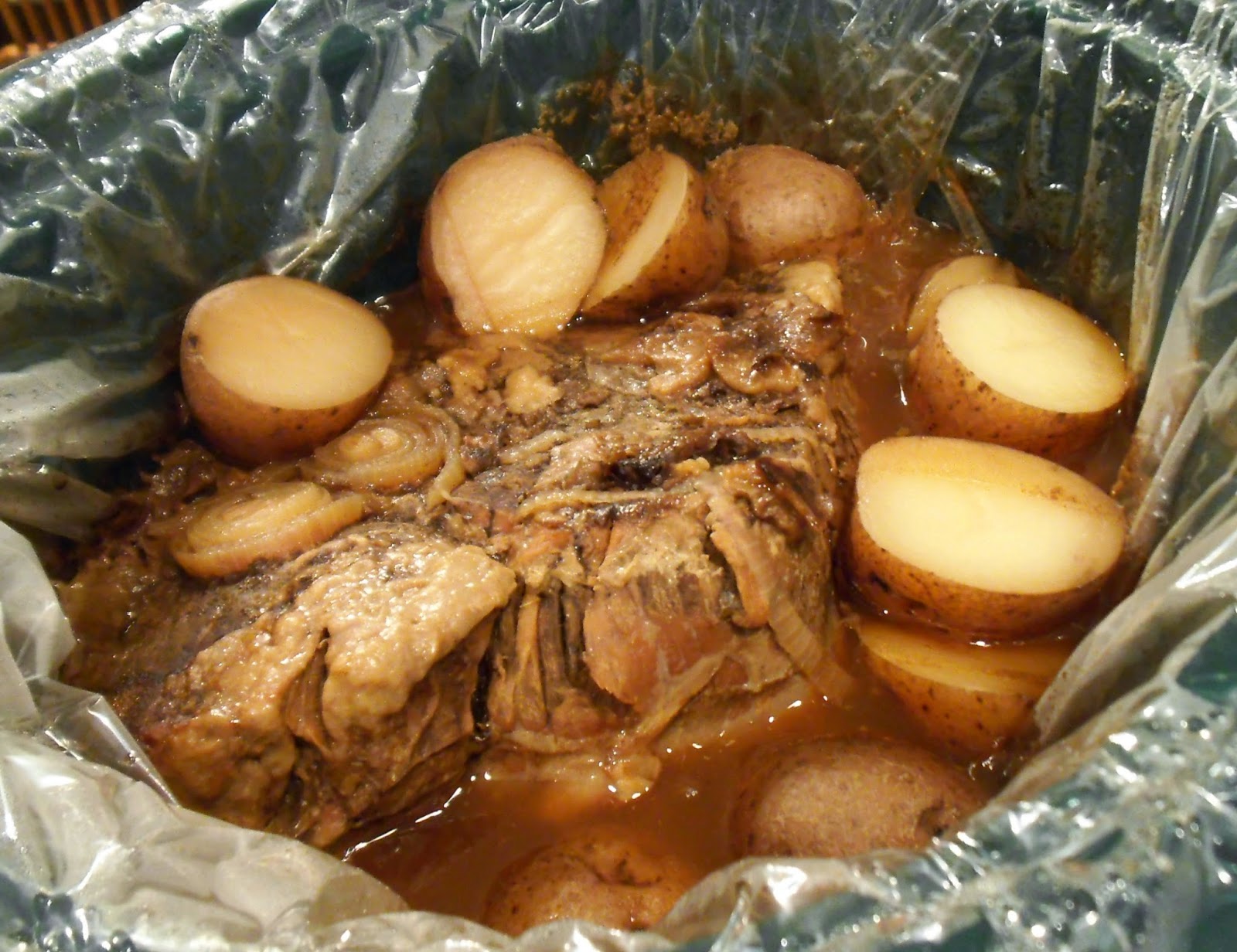 ...except the prodigal son had decided to go to a friend's house with his brother for a bonfire and supper there. 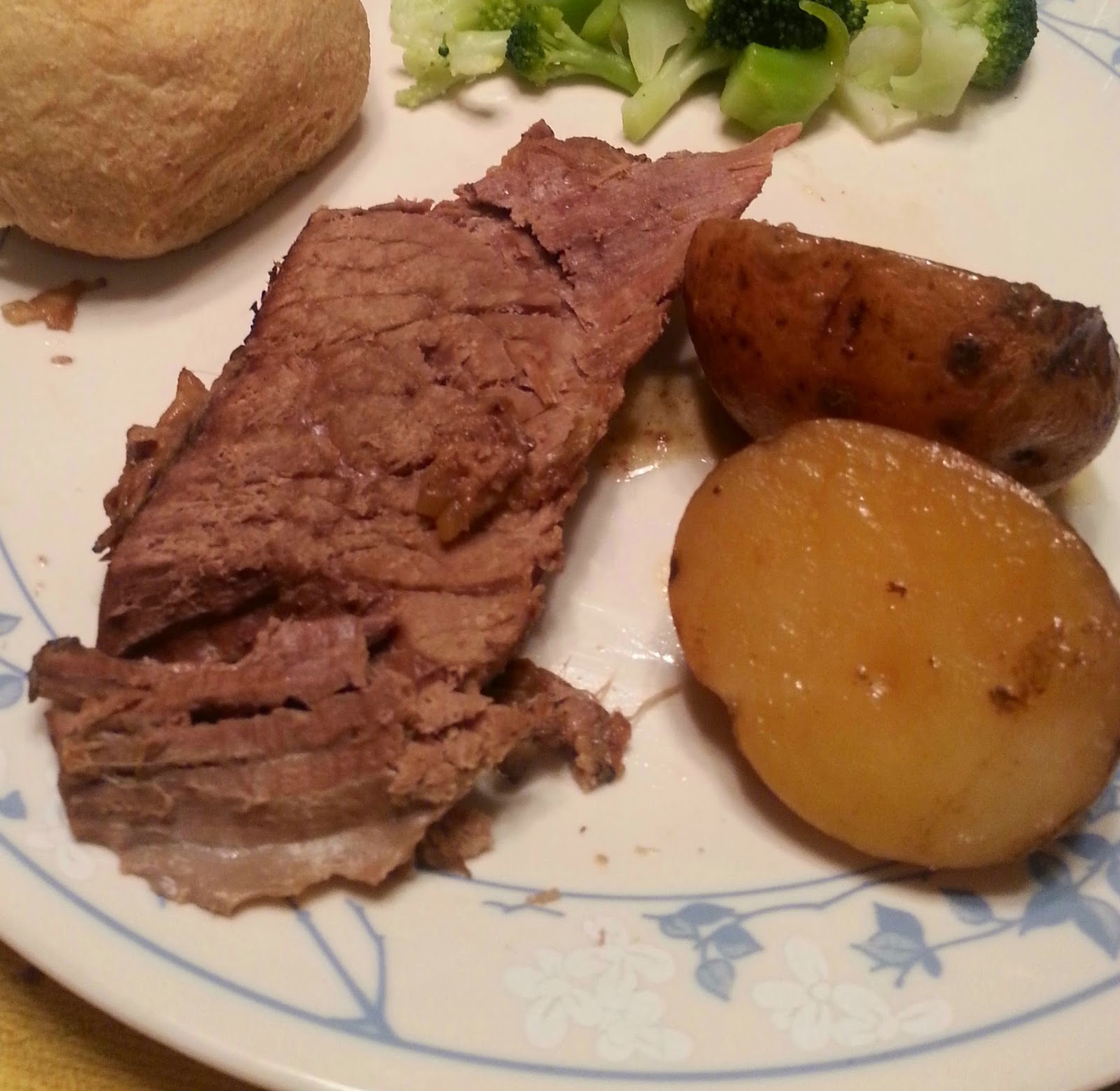 No worries. We have plenty of leftover beef, so I'm fixing barbecued beef sandwiches for supper tonight!
Posted by Jan Drexler at 12:00 AM