Yesterday Mindy brought you greens and today I'm bringing you red - as in cabbage.

This is only part one of some experimenting, so let me give you the background.

On Mother's Day, my daughter took me to Dinosaur BBQ for lunch by ourselves. I had the most delicious pulled pork sandwich, but what really captured my interest was their coleslaw. It was to die for!

So, last week, to celebrate the end of school, I picked up a brisket sandwich with extra sides of cole slaw. I made one really big tactical error. I dumped the coleslaw onto the brisket before I noticed the jalapeno pickles.

Fortunately, I 'd saved the second side to go with my fried haddock on Friday night. Seriously, that was one of the best meals ever!!!!!

But I can't keep going to Dinosaur and only buy coleslaw.

I was in the market the other day and saw a beautiful head of red cabbage. Iremembered there had been some red in the coleslaw, so I decided to experiment.

I only had red cabbage so it was a very simple experiment.

I decided to mix some honey mustard in water and simmer the cabbage briefly, then chill.

I did and it was good.

Nothing at all like the Dinosaur coleslaw, but tasty nonetheless.

I remembered that there were seeds of some sort in it and I researched recipes. They looked like flax seeds, but the recipes say to use celery seed. 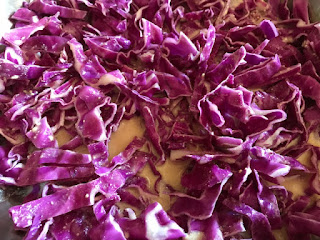 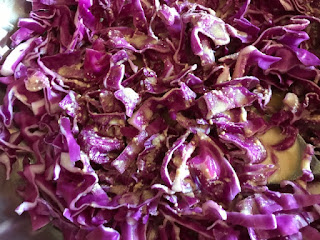 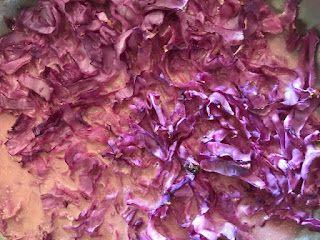 Honestly, I was going to try some variations like adding caraway seeds and grated carrots. But when I got home with the carrots and peeled the first one...YUCK.... It smelled like swamp water.

So, I give you honey mustard cabbage slaw and the promise of more variations to come.


And in the meantime, here are some pretty photos I took in my neighborhood when the sun came out Saturday morning right after some FIERCE storms.


I wish I could have captured how magical these looked. The rain was caught in the feathery leaves and shimmered like hundreds of miniature rainbows. 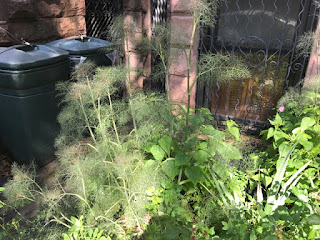 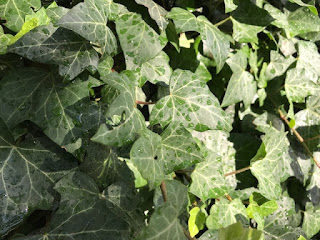 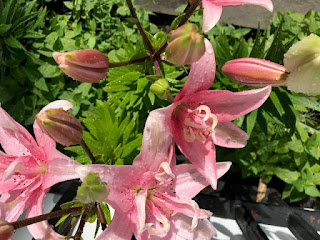 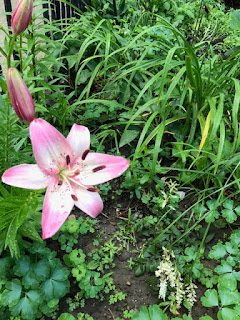 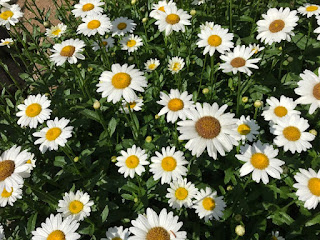