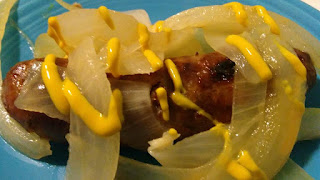 I think Jan already did beer brats, but I'd never tried them until a friend gave me some hard cider. If you're not familiar with hard apple cider, it's cider fermented with hops. So, beer with apple juice? It certainly doesn't taste like apple cider OR beer, but it's AMAZING for cooking! 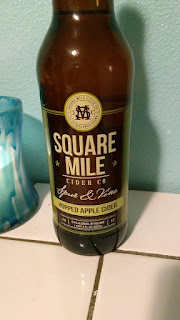 Here's one bottle. We were mixing varieties, and they did taste slightly different, but I don't think that was a bad thing. 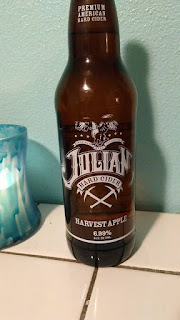 Harvest apple variety. We have quite a few nice microbreweries, and they're all of the western side of the state. I don't like beer and my husband doesn't drink, so we don't really go there... but these places have the best food around. Anyway, here's the second large bottle.  We boiled some standard fresh sausages in the beer for about 15 minutes. 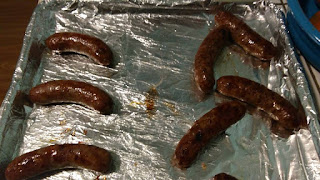 Then we put them on a baking sheet and broiled for about ten minutes, or until nice and crispy. MMMMMMM, they smelled so good!
Now, the ones on the left were boiled in water. Some of my kids refused to eat anything touched by beer. Like I'm raising little Baptists! LOL. The ones on the right are the beer version. (You can tell which have been "drinking".) 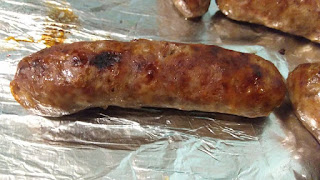 This picture really doesn't do it justice... 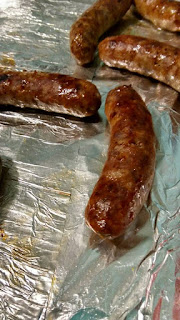 So, while the sausages are broiling, add sliced sweet onions to the beer and boil until soft. These have an amazing flavor!

We ran out of buns and that was fine with me. They were delicious just by themselves. Too bad we do a meatless Lent because I'll have to wait for Easter to have them again! 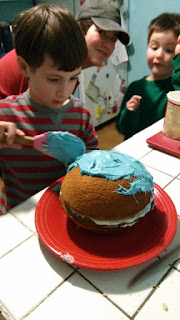 So, we also had to make some cakes for a Boy Scout troop meeting. here's Edward frosting "Pluto". 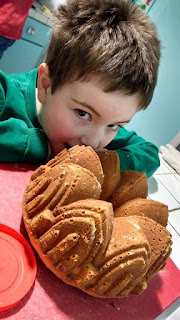 Elias is a little too close to that cake. 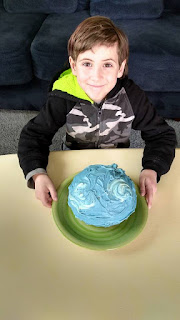 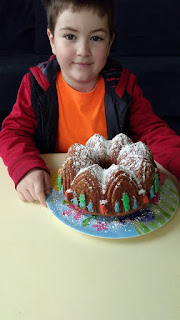 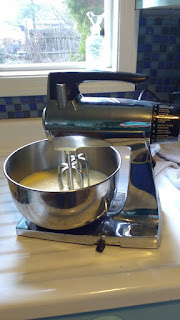 Edna had to emerge from retirement because the recipe I used was really lumpy (had softened cream cheese that would NOT mix in by hand). She did a great job! We love you Edna!

That's it for now! Be sure to stop by my facebook author pages Mary Jane Hathaway or Virginia Carmichael for all my books news. And have a wonderful Lent!

Posted by Mary Jane Hathaway at 12:00 AM